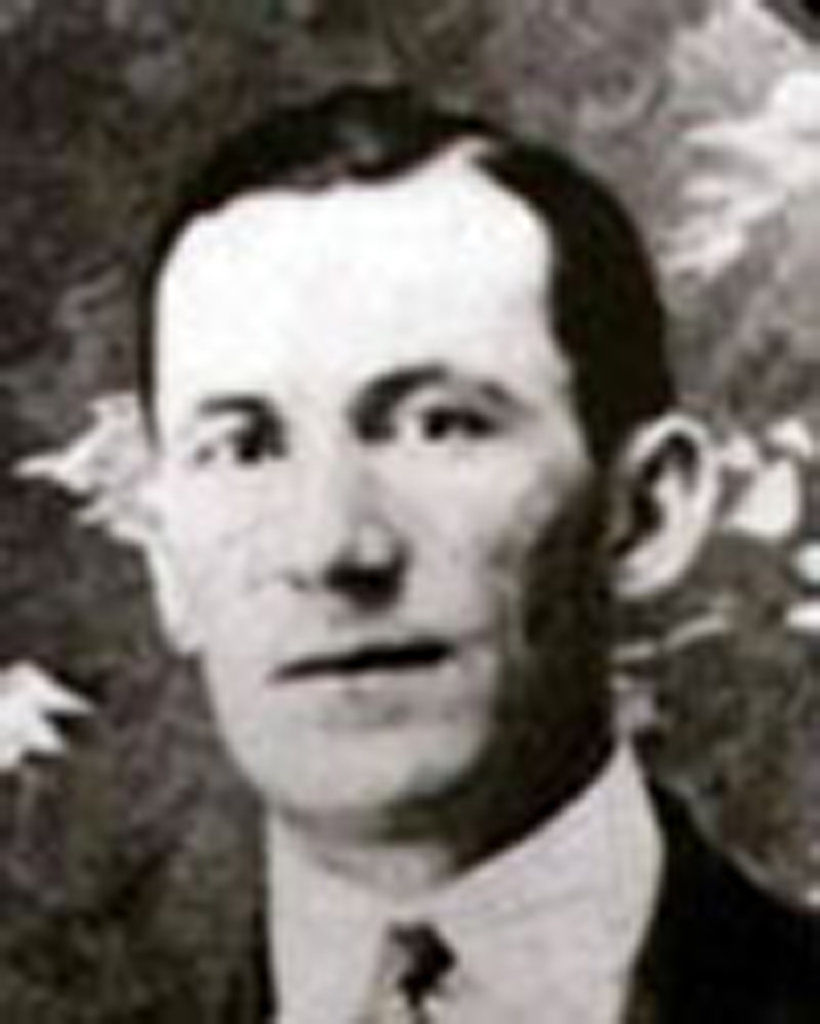 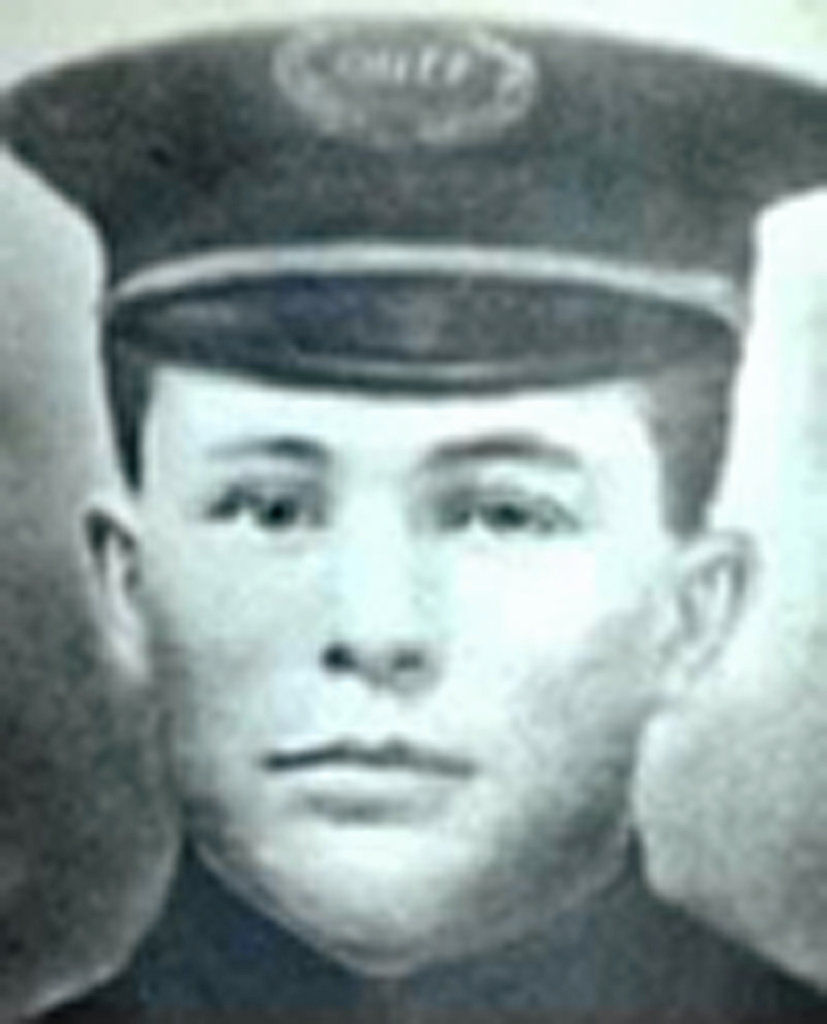 Editor's note: Over the next several weeks, Jack Smiles periodically will

explore the history of communities throughout Greater Pittston.

The divorce was acrimonious. But 20 years after Wyoming and West Wyoming boroughs split, they were reunited in grief. On July 29-30, 1918, West Wyoming police Chief Ralph Daley and Wyoming police Chief Edward Brennan were shot to death on the main drags of their towns. Daley was killed at the corner of Eighth and Ensign streets at 11 p.m. July 29. Brennan was shot and killed near Wyoming Avenue and First Street three hours later.

Daley and Assistant Chief George Reilly broke up a group of 20 "Italians," as the police and newspapers described them, hanging out and blocking the sidewalk at Eighth and Shoemaker streets. The young men were described as being members of the Industrial Workers of the World, or IWW, an anti-capitalist and, at the time, pro-communist union. The local police had had run-ins with some of the men previously when they tried to stop miners from going to work.

According to witnesses, when one of the men refused to move, Daley grabbed him by the arm and pushed him along the sidewalk down Eighth Street. The crowd moved with them. At the corner of Ensign, in front of an ice cream shop, the man Daley was pushing struck Daley, who raised his baton. As he did, the lights in the storefront suddenly went dark and two shots were fired. One steel-jacket bullet hit Daley under his left arm and went through his body, tearing through his lungs. He died within minutes.

Two newspaper accounts the next day — one each from Pittston and Wilkes-Barre — told different stories. One story said assistant chief Reilly told state police he saw Steve Martini shoot Daley point blank after Daley hit Martini's wrist with his baton. Reilly said Vingengo Magino and his father Salvatore, and Tony Rizzo were standing near Martini and all four men fled as the crowd scattered.

In a Wilkes-Barre newspaper story, Vingengo's name is written as "Manzino" and he is identified as the killer of both Daley and Brennan. "Six of the men who were standing in front of the ice cream parlor were arrested and taken to the barracks, where, according to state police, all testified the shooting was done by Vingengo Manzino. A sister of the fugitive also told state police that her brother had committed the crime and that immediately following it, he visited his home and then fled in the darkness."

By mid-August the names and the narrative were different. Vingengo Magino was now identified as Louis Messina. He, Tony Rizzo and Steve Matino, previously referred to as Steve Martini, were being held in the county jail. At a habeas corpus hearing, Messina said Daley hit him in the head with his baton and he heard the shots fired as he was falling to the ground. He got up and ran home to his backyard and found Rizzo there and Rizzo confessed to him that he shot Daley. Messina's father Salvatore, who had also been at the scene, came into the yard. Rizzo asked him if the chief was dead. Salvatore said, "Yes. We are all lost. Ruined. The best you can do is get away from here."

Louis Messina said Rizzo grabbed him by the arm and tried to get him to run with him, but Messina broke free of Rizzo and ran into the Maltby area in the woods behind Swoyersville, where he hid for 11 days. Rizzo ran in the direction of Mount Lookout. Salvatore Messina hid in an old stable in back of West Wyoming and was found four days later. Under cross examination by Rizzo's lawyer, Abram Salsburg, a sharp Wilkes-Barre attorney and former district attorney, Messina stuck to his story that Rizzo confessed to him, but admitted he did not see a revolver or see Rizzo shoot Daley.

Messina was released on $1,000 bail to ensure he would testify at trial. Rizzo and Matino were held without bail and later indicted by a grand jury for the murders of Daley and Brennan.

Rizzo killed Brennan, it was alleged, after leaving his hiding place at Mount Lookout and coming out of the woods near First Street. Brennan saw him and chased him into a field. Two shots were heard and police responding found Brennan dead in the field with two shots to the heart. Rizzo was captured the next morning along the riverbank near West Pittston.

From the Pittston Gazette: "His light suit was mud-covered, his shirt was torn and his shoes have signs he had plowed through mud and bushes."

The Daley and Brennan funerals were on the same day, the Sunday after they were killed. Brennan's was in the morning with a procession from his home on Fourth Street to St. Cecilia's Church for a high Mass and then to St. Cecilia's Cemetery. Daley's was at 2:30 in the afternoon with services at his home and burial in the Eaton cemetery in Orange. Several hundred citizens and law enforcement members attended both funerals, said to be the largest in memory. It was learned a few days later that Chief Brennan's brother had been wounded in action in World War I on the same day the chief was killed.

Rizzo and Matino, the name later corrected to Matine, were scheduled to be tried jointly in February 1919 for the murder of Daley only. Matine's lawyer, W.H. Gillespie, was granted a severance and Rizzo was tried first beginning Feb. 17. A new Wyoming Borough fire truck, only two days old, delivered witnesses and officers to courthouse in Wilkes-Barre for the trial.

Jurors, all men, included three mine foremen, two laborers, a miner, a teacher and a farmer. They were sequestered in a hotel. Juror George Helfrich's wife gave birth to a son during the trial, but the judge wouldn't let him go home until after a verdict.

The prosecutors were DAs Walsh and Shortz. On the first day, Assistant Chief Reilly and Louis Messina both testified the shots came from where Rizzo and Matine were standing. Messina said after the shooting, Rizzo told him he had shot the chief and Rizzo asked him for money and to run away with him.

Two men who had been sitting in front of a candy store across the street said they saw Rizzo in a light grey suit and straw fedora and saw Daley grab Rizzo by arm and push him down the street. They saw the chief raise his arm as if to put it on someone's shoulder. That's when the lights went out and they saw gun flashes coming from where Rizzo and Matine were standing.