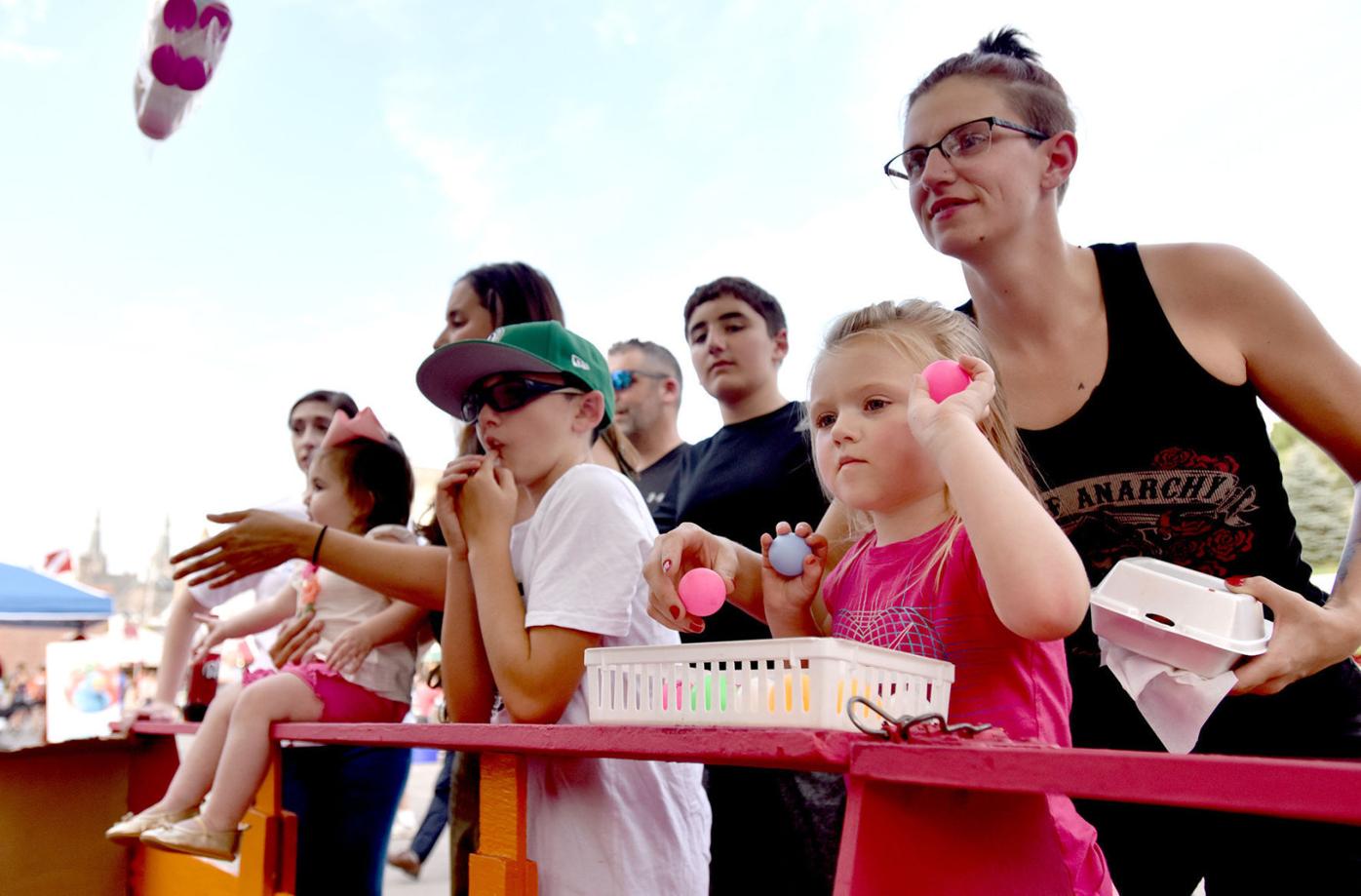 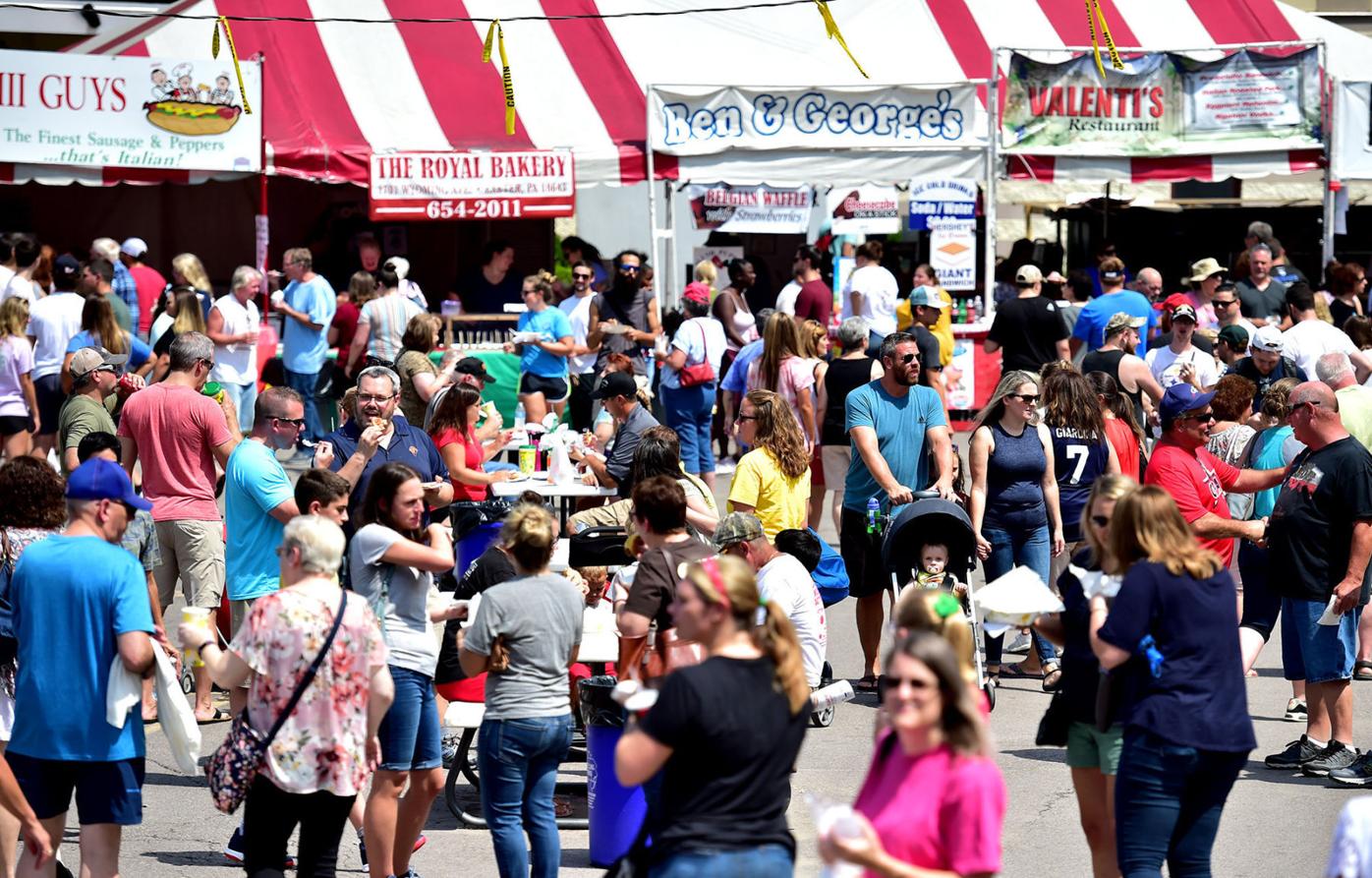 The self-proclaimed quality tomato capital of the world will be able to celebrate its symbol once again this year.

After a year off due to COVID-19, the Pittston Tomato Festival will return from Aug. 19-22 in downtown Pittston.

“We’re famous for our Tomato Festival,” committee member Sarah Donahue said. “A lot of people are really looking forward to having this summer staple back in our town.”

Donahue, who has run the city’s St. Patrick’s parade since its inception, is taking her first turn at running the Tomato Parade this year.

“I always want to make a parade more of a show than anything and get the kids excited,” she said. “That’s my goal.”

The downtown festival opens the evening of Thursday, Aug. 19 at 5 p.m. and the parade is scheduled to make its return to Main Street on Saturday, Aug. 21 at 10:30 a.m.

“I’m expecting an average turnout,” Donahue said. “I’m sure there are people that are still hesitant to come back out and participate in a large activity like this.”

A few festival staples will not return this year for safety’s sake, Donahue said. The Tomato Fights, typically held in the former Cooper’s parking lot, will not take place this year.

The children’s area of the festival will go without a bounce house as well this year, Donahue said, since the attraction could not be adequately cleaned between uses. Children’s activities will still be available, and art vendors will likely take the bounce house’s usual place among the vendors in the lower Tomato Festival Lot.

“In the last two weeks with a lot of restrictions being lifted, we’ve been really optimistic that we can have a festival,” Donahue said.

The upper lot will feature the typical food vendors that attract tens of thousands of people to downtown Pittston throughout the weekend, Donahue said, and the tomato festival committee will sell souvenirs and hold the annual Tomato Contest with prizes for the largest, smallest, ugliest and most perfect tomatoes area growers have to offer.

Donahue will also run the Little Miss and Little Mister Tomato Contest slated for Sunday, Aug. 22 at 11 a.m. Registration for the contest is open at pittstontomatofestival.com.

“That’s always fun, I love that,” she said. “They’re so cute and I love to hear what they have to say.”

Groups interested in participating in the parade can also register on pittstontomatofestival.com. Donahue said the website has the most up-to-date festival schedule and announcements.

For now, Donahue and the remaining committee, including city mayor Mike Lombardo who is planning the festival for the first time as chairperson, will continue putting everything in place for August while excitement builds up around the festival.

“It’s going to be so good to feel some level of normalcy, see some old friends, and gain a pound or two, or ten,” Donahue said.

The festival will also feature live music throughout the weekend.

Windfall will kick off the music lineup at 6:15 p.m. on Thursday, Aug. 19, followed by the Phyllis Hopkins Trio and Popstar Drive.

Friday, Aug. 20 will feature Fab 3 starting at 5:30 p.m., followed by The Sperazza Band and Sweet Pepper and the Long Hots.

The bandshell will host the Luongo Brothers Band, Flaxy Morgan, Bill Kelly and 52nd Street Band on Saturday night, and Sunday's lineup will include Danny Argo, Chris DiMattio and Nicole Rasmus, Shakin- A Tribute to Eddie Money and finally the Tony's Wine Cellar Jam Band will close the festival on Sunday night.