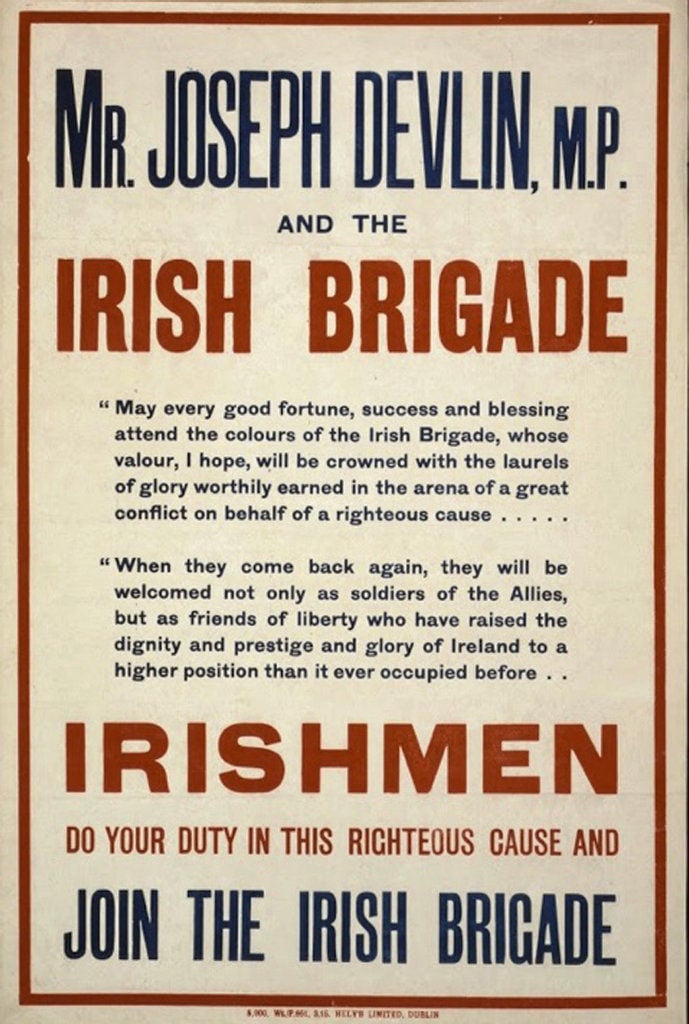 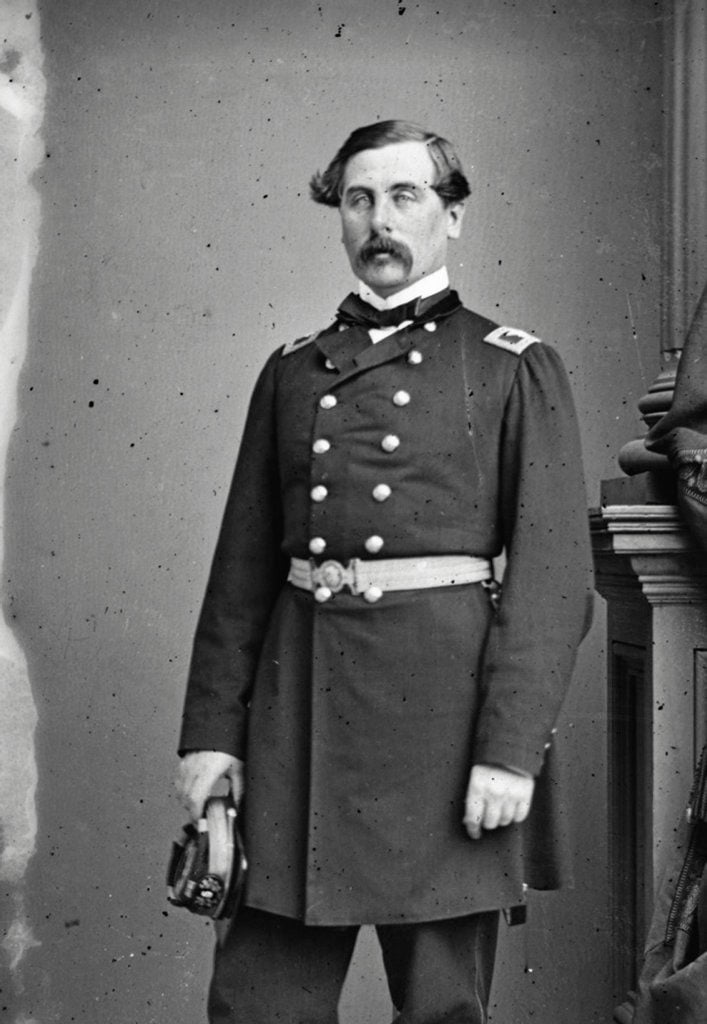 John Dempsey, of Pittston, served in the Irish Brigade during the Civil War.

Ordered to secure a stone wall on Marye's Heights during the Battle of Fredericksburg, Virginia, in December 1862, the Irish Brigade charged up hill under a fusillade of Confederate rifle and artillery fire from behind the wall. Shrapnel shattered infantry private John Dempsey's right leg and he fell in the field short of the wall. Perhaps he was lucky, as whole companies were being annihilated around him.

Knowing he would die if he didn't do something, Dempsey threw his crushed leg over his good one and dragged himself on his stomach for a mile. Some stretcher bearers found him and carried him to a field hospital tent. But surgeons were too busy with Fredericksburg's wounded — more than 12,000 from the Marye's Heights charge alone — and they did not amputate Dempsey's leg until four days later. Dempsey was transported to a Philadelphia hospital where he hovered between life and death with infection for several weeks. He recovered, got discharged from hospital, and from the Army, on April 19, 1864 and went home to Pittston.

St. Patrick's Day will be a good day to think about the Irish-born Dempsey and the hundreds of other first and second generation Irishmen from Greater Pittston who fought for the Union in the Civil War.

Born in County Galway, Ireland, in 1835, Dempsey immigrated with his parents to Quebec, Canada, when he was 5. In 1848, they moved to Pittston. In the 1850 census, Dempsey was 14 and living with his parents Henry and Catharine and his six siblings.

On Sept. 3, with Washington in danger, the 116th marched into Washington and encamped at the bottom of Capitol Hill. When the threat to the Capitol passed, the 116th crossed the Potomac River into Virginia and camped at Fort Craig in Arlington. On Oct. 14, at Harpers Ferry, West Virginia, they were assigned to the Irish Brigade under General Thomas Meagher, and in turn added to the force of General Ambrose Burnside, commander of the Potomac. At Fredericksburg, they were thrown into their first action.

Back in Pittston, Dempsey learned to use a wooden leg and carried on. Within a month he married Brigid Gavan. They moved to Exeter, where he worked as a watchman in a pistol factory. When the factory closed, they moved to Pittston, where he was a gate tender for the Lehigh Valley Railroad at the Water Street crossing. He was city street commissioner under Burgess Michael Reap and when the borough became a city, he was elected 11th Ward councilman. Later, he operated a grocery and a downtown tavern.

This story is paraphrased from the Pittston Gazette: At his tavern, he had a dispute with a customer about religious faith. The customer said Catholics had no faith. Dempsey disagreed and proposed each man put a foot into a kettle of hot water as a test of faith and a $5 side bet. Dempsey put in his wooden leg "without showing any more symptoms of pain than prudence dictated." The other guy put a foot in, pulled it out and hopped around yelling in pain.

For the rest of his life, Dempsey advocated for veterans of the Grand Army of the Republic. On Sept. 13, 1889, Dempsey was among the scores of GAR vets who left from Lehigh Valley Station for a celebration and commemoration of the Battle of Gettysburg. Dempsey was with his old war buddies, Patrick Fadden and Jerome Mooney. As the Gazette put it: "The platform at the Lehigh Valley Station was alive with gray haired veterans."

Dempsey died Feb. 19, 1906, at his family home on High Street in the Oregon section. He was 66. He left wife Brigid, sons Patrick, a clerk at Coxton Yards, and John, a letter carrier, and daughter Mrs. JJ Ford.