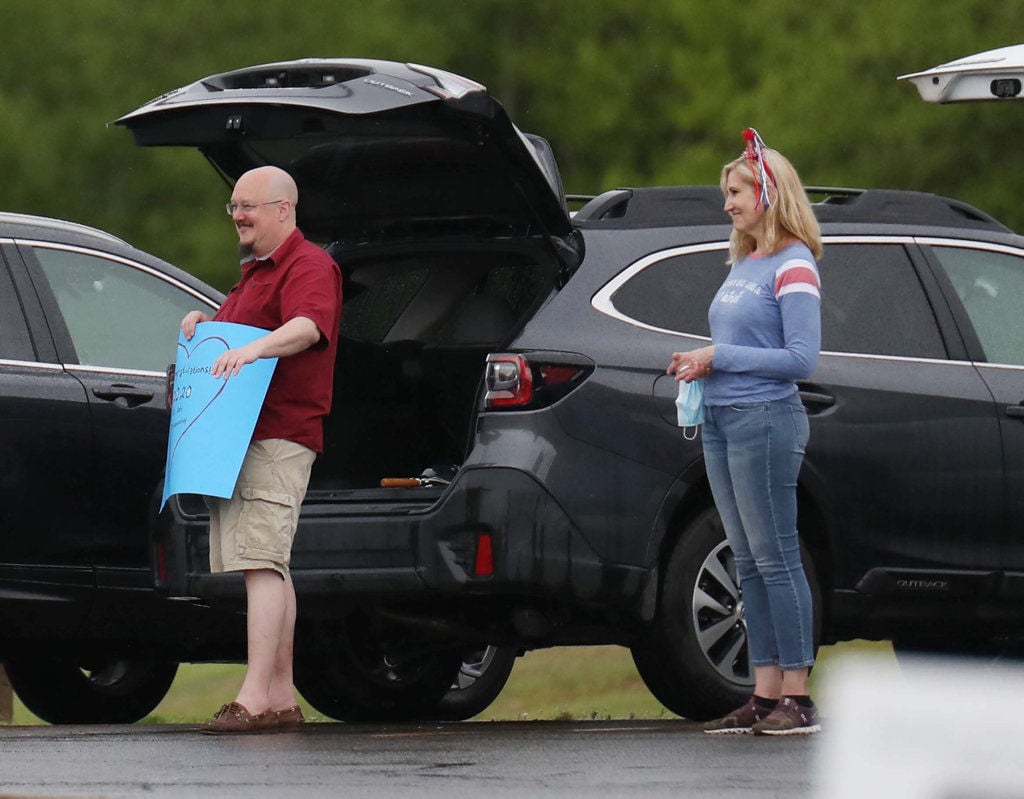 2020 Pittston Area Grads are greeted by faculty and staff as they come to pick up their caps and gowns.cv04pitt4DAVE SCHERBENCO/CITIZENS VOICE 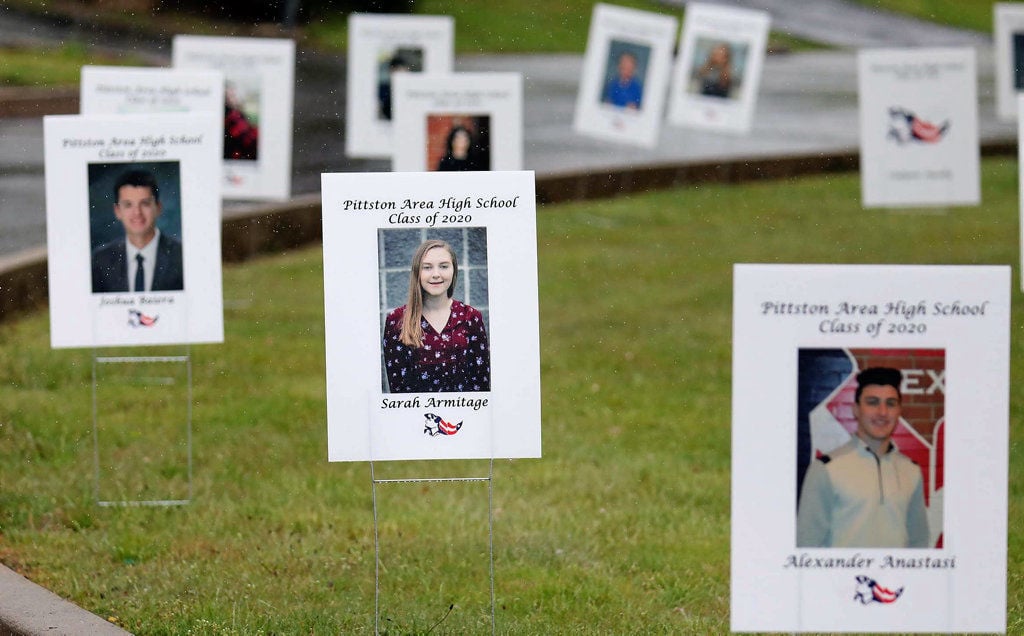 Pittston Area's senior class has their caps and gowns, and the district is working on a place for them to wear them.

"We are holding out for something in July," said John Haas, principal at Pittston Area High School.

Haas said Pittston Area still hopes to hold an in-person graduation ceremony, and the district has reached out to several large venues that may be able to accommodate the graduates and their families while still observing social distancing guidelines recommended by the Centers for Disease Control and Prevention during the ongoing coronavirus pandemic.

"We want to maximize the chance to give our kids a normal graduation," Haas said.

The Pittston Area Class of 2020 completed their high school education as of Friday, June 5, and the district has worked to recognize the students as they drew closer to their official graduation date.

Teachers and faculty held a senior parade to distribute caps, gowns and yard signs to all of the graduating seniors, and Haas was planning for the senior awards night and opportunities for seniors and their families to come to the school by appointment and take photos in their caps, gowns and honor cords.

The teachers union purchased special T-shirts for all of the graduating seniors, Haas said, and the school booster club and the City of Pittston collaborated to hang congratulatory banners throughout the city.

"I feel badly," Haas said, noting that the senior class is missing out on the traditional "culmination of their high school careers."

The students themselves have played an instrumental role in adapting the graduation festivities to the times, Haas said.

"They've been outstanding," he said. "The senior class officers have been great liaisons … they have shown perseverance and strength … I couldn't commend them enough."

Even though they do not have a ceremony planned, Pittston Area did name valedictorians for the Class of 2020. TJ Connors, Hannah Farber, Kara Miller, Hannah Waleski, Lily Vito, Nicole Zambetti and Dana Zuba all earned the distinction of valedictorian.

Haas said the district has spoken with PNC Field and other outside venues regarding holding a graduation ceremony in July. The district could not use the high school stadium regardless of the situation, as Haas said previously planned construction began on the track surrounding the football field on June 1.

"If we can't meet, we will do something virtual," Haas said.