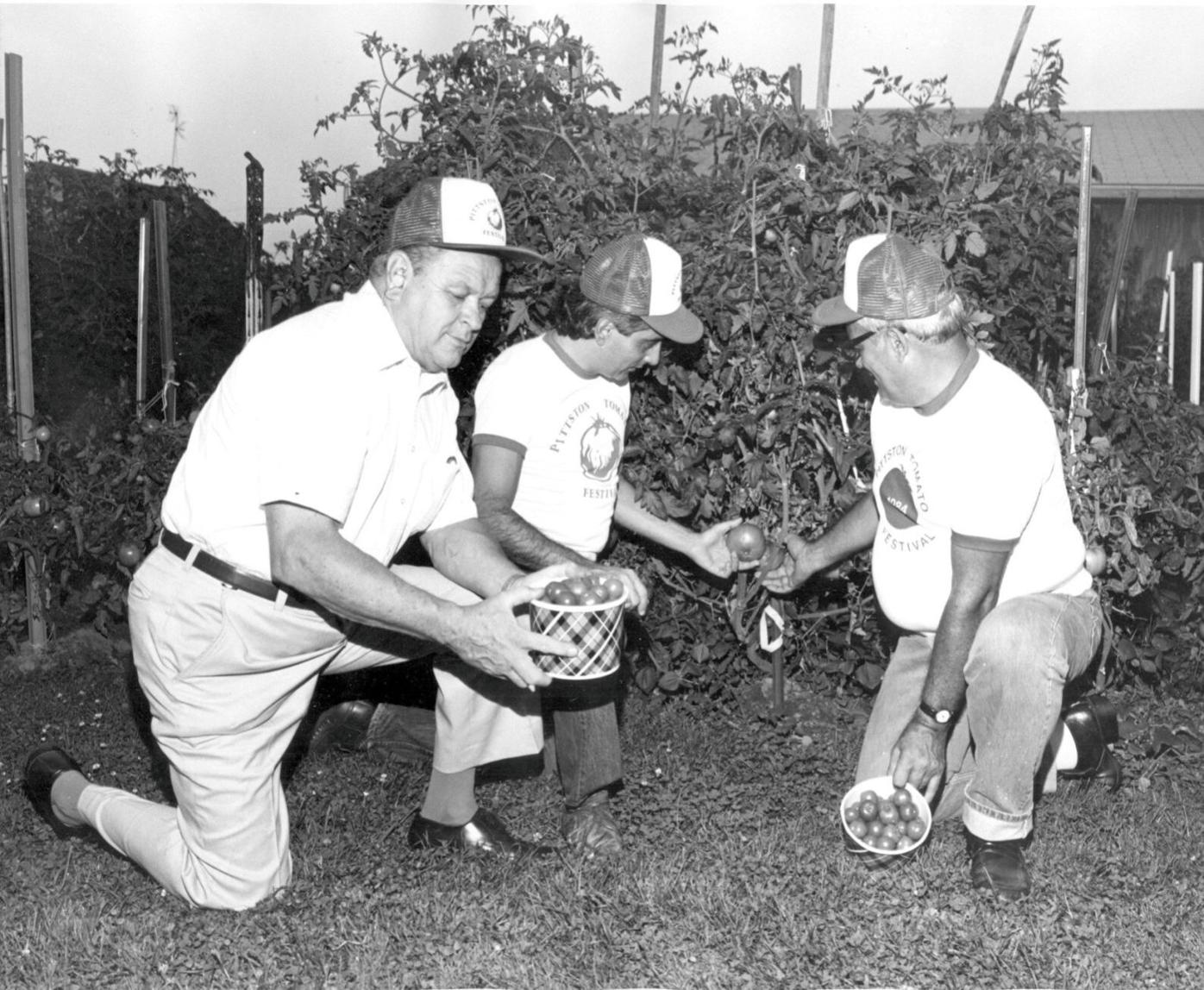 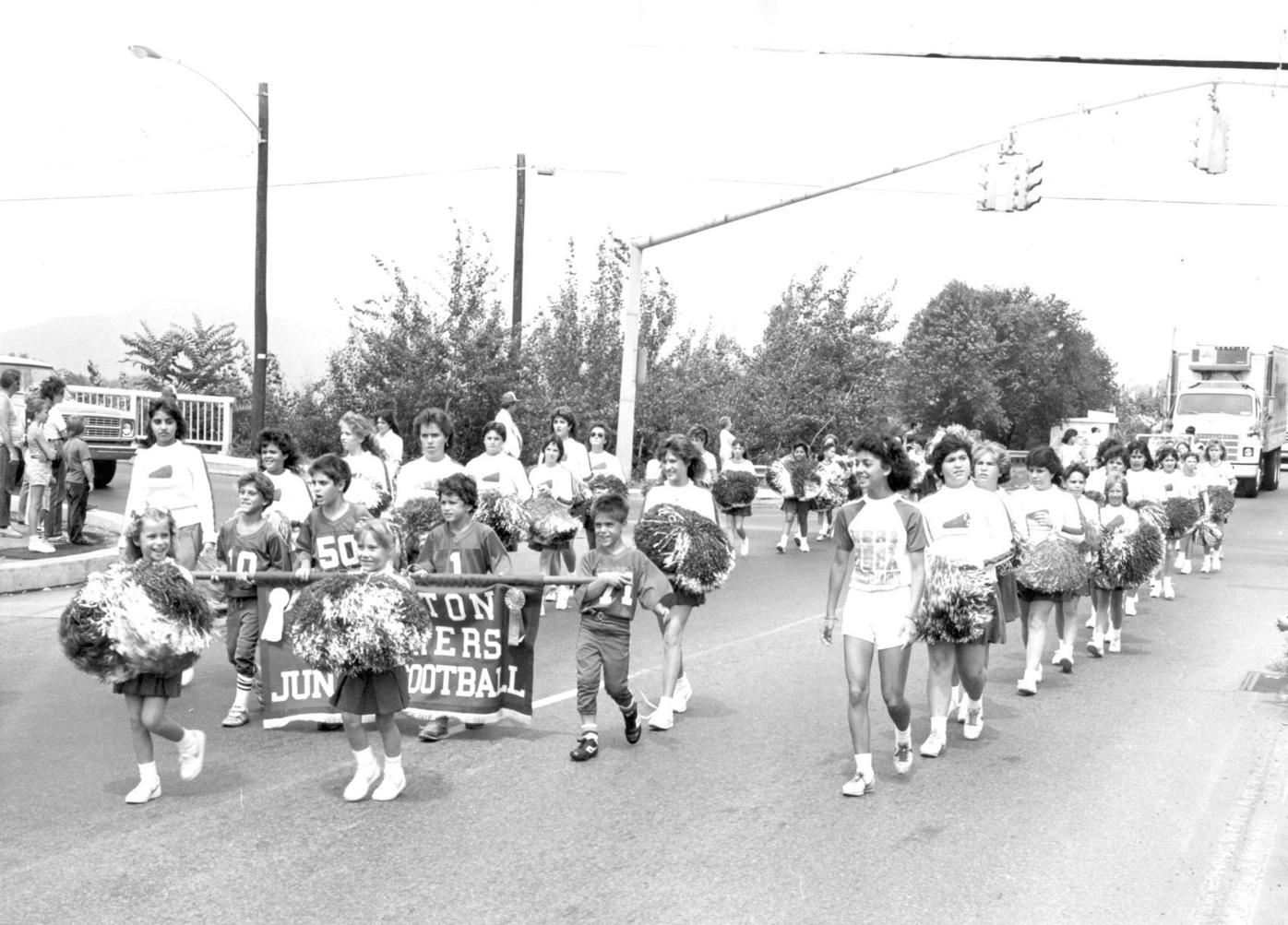 At left, members of the Pittston Panthers Junior Football organization march to the original site of the festival on Kennedy Boulevard during the parade held for the second annual Pittston Tomato Festival on Aug. 24, 1985. 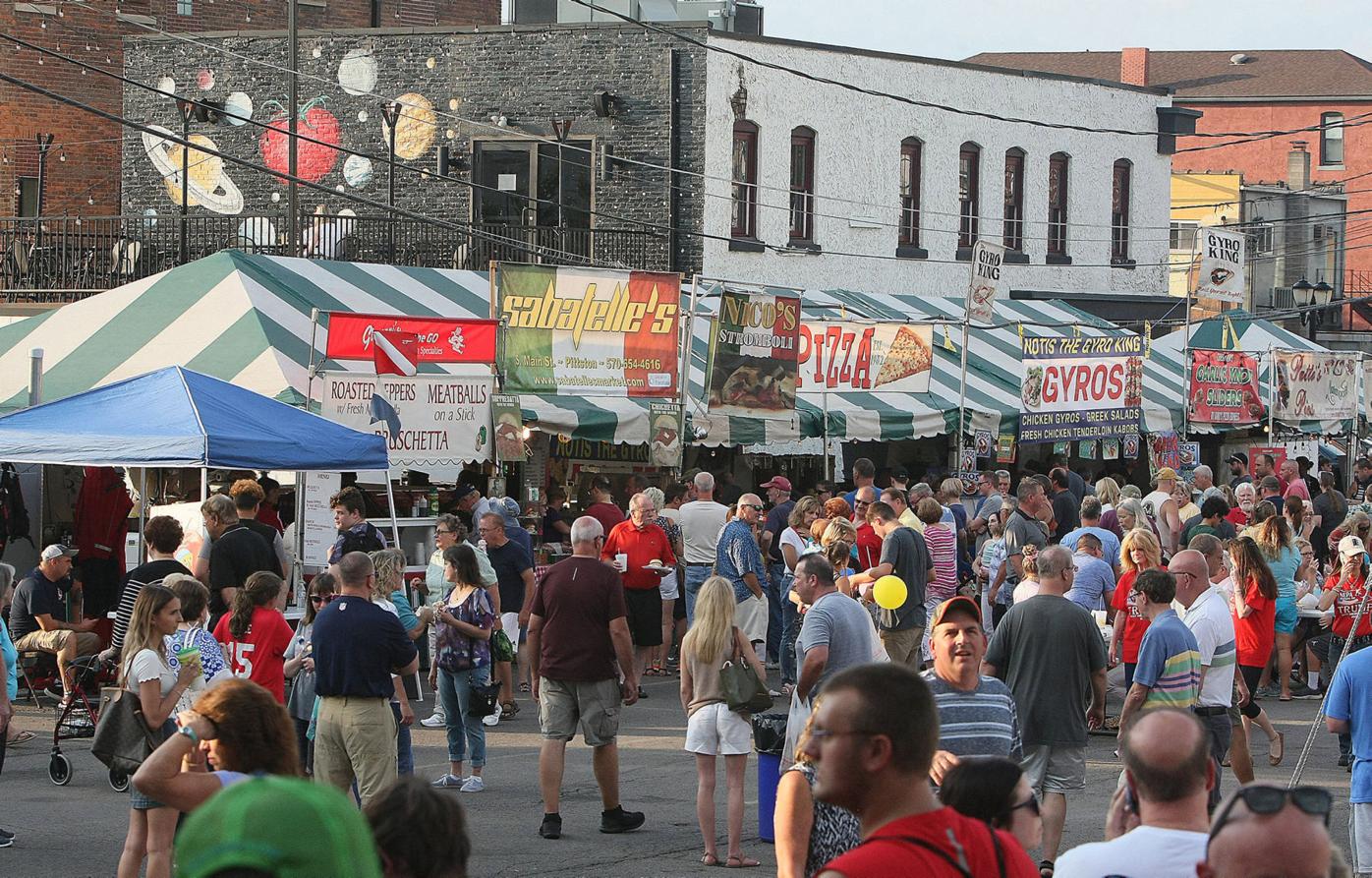 Pittston Progress File The Pittston Tomato Festival brings large crowds to the downtown every year. The festival returns this year after the pandemic forced the cancelation of last year’s event. 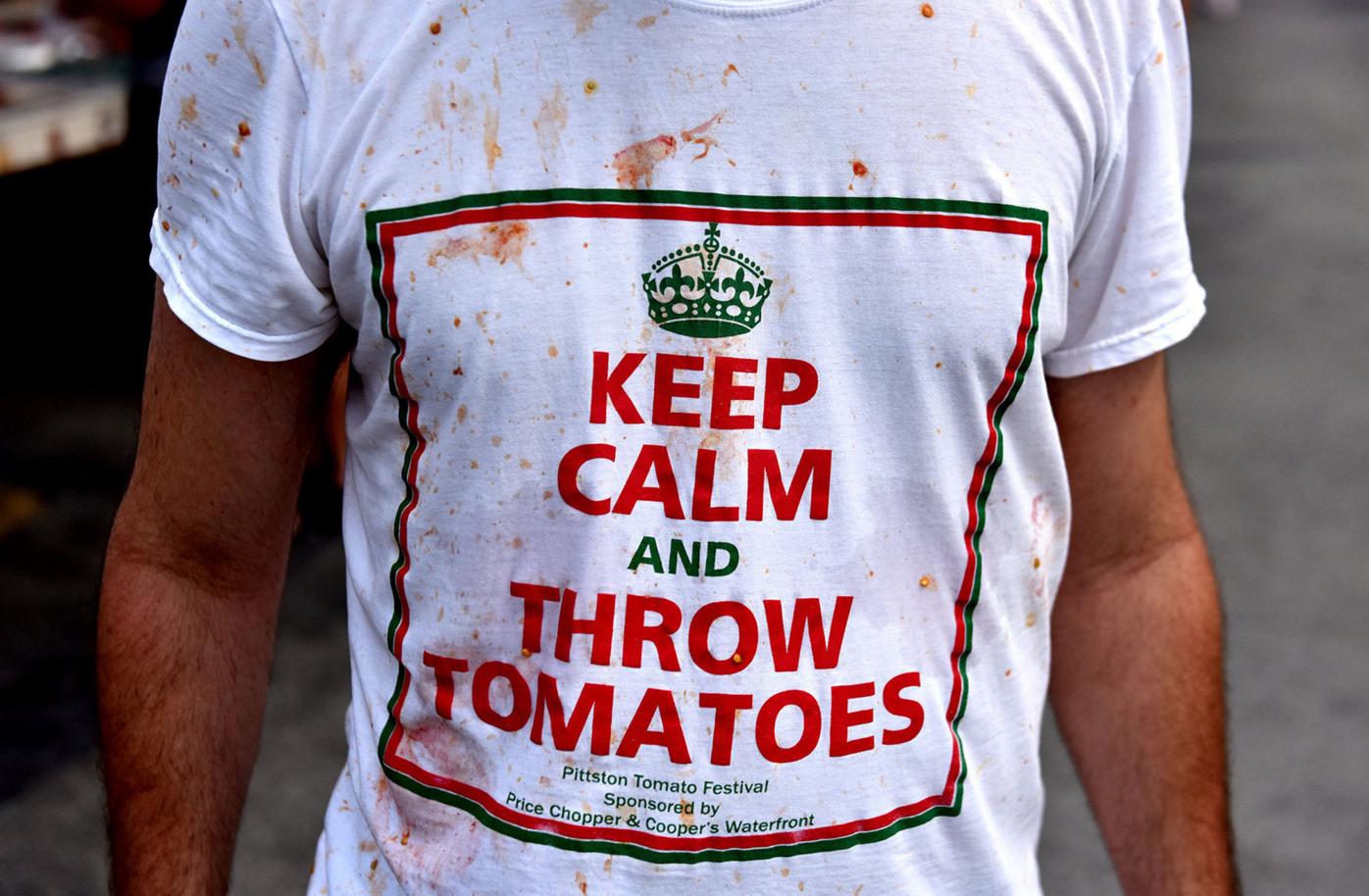 At left, members of the Pittston Panthers Junior Football organization march to the original site of the festival on Kennedy Boulevard during the parade held for the second annual Pittston Tomato Festival on Aug. 24, 1985.

Pittston Progress File The Pittston Tomato Festival brings large crowds to the downtown every year. The festival returns this year after the pandemic forced the cancelation of last year’s event.

Today as you stroll around the Tomato Festival it could be said you are part of a 20th birthday party. In 2001 the committee debuted its new digs on Main Street after 18 years at the original site on Kennedy Boulevard between Dock and Market streets.

Mike Lombardo was in the last year of his first term as mayor then and while a new Tomato Lot was one of his visions, the move happened sooner than he, festival president Lori Nocito and the committee had hoped.

“We wanted to connect the festival with Main Street,” Lombardo said on Tuesday night as he headed home after working at the lot. “Down on Kennedy it was like the backyard. At the same time Burger King couldn’t do the renovations they needed and the national chain wanted to move the franchise out of the downtown.” To keep Burger King, a deal was struck to flip flop Burger King and CVS, which was being developed by Sam Marranca.

“So the move to Main Street was accelerated. We could have used another year in my mind,” Lombardo said.

The city bought and demolished the former Spring Street Auto and Baldrini Buildings to expand the lot, but it was still a challenge.

“We were scrambling to get ready. We were choked in a narrow lot. We lived with it the first year. It took three years until 2004 when we finally got a retaining wall and lights. The first year Medico gave us portable lights. I’m comfortable at this moment,” Lombardo said. “I don’t remember feeling this way on a Tuesday. We’ve got 95 percent of the electric done, some of the vendors are in. We have a vision for a centralized area and with the library and the art walk tied to the festival lot. We’re almost there.”

The year off last year was both good and bad for the committee. Bad because there was no festival and good because it made time to get ready for future festivals. As important as the festival is now, “Next year,” Lombardo said, “will make up for last year. The second stage will be finished and we’ll have a permanent stage in the lower level.”

Art and music are key to the city’s revitalization. Right now art is ahead, but music is coming on. A Badlees reunion will happen on Sunday, Sept. 19, at an event billed as “Prohibition Pittston.”

Lombardo thinks of the Badlees show as the “maiden voyage” of what he hopes will be music festival in the near future.

“I would love to blow the lid off and have Don McClean or America,” he said. “We have a good team in place, we have connections and we can get things done.”

The inaugural Tomato Festival was in 1984. The late Val Delia and his neighbor Ken Scaz had the idea. Delia championed the “Pittston Tomato” as world class thanks to the acidity in the soil from anthracite coal, and Scaz ran with it, along with Wil Toole and Paul McGarry, who are both deceased.

“They get credit and they deserve it,” Lombardo said of the founders. “With Lori and the committee we boosted it to a new level.”

They ran it until 1998 when a new committee headed by Lori Nocito took over during Lombardo’s first term. Today Lombardo is the festival committee chairperson.

“At a time when the future of the festival was uncertain, Lori stepped up and brought the festival to the next level and I am grateful for the commitment she showed over the years in making the Tomato Festival a world class event. I am excited about the opportunity to take the helm and follow in the footsteps of those dedicated volunteers who have lead this event before me. The future of the Tomato Festival is full of opportunities to do even more. I am extremely confident that we will continue to deliver a spectacular event. I am surrounded by great volunteers which makes my job easy. Finally, I would like to thank all departments of the city that assist in making the event a success and humbly thank this year’s volunteers.”