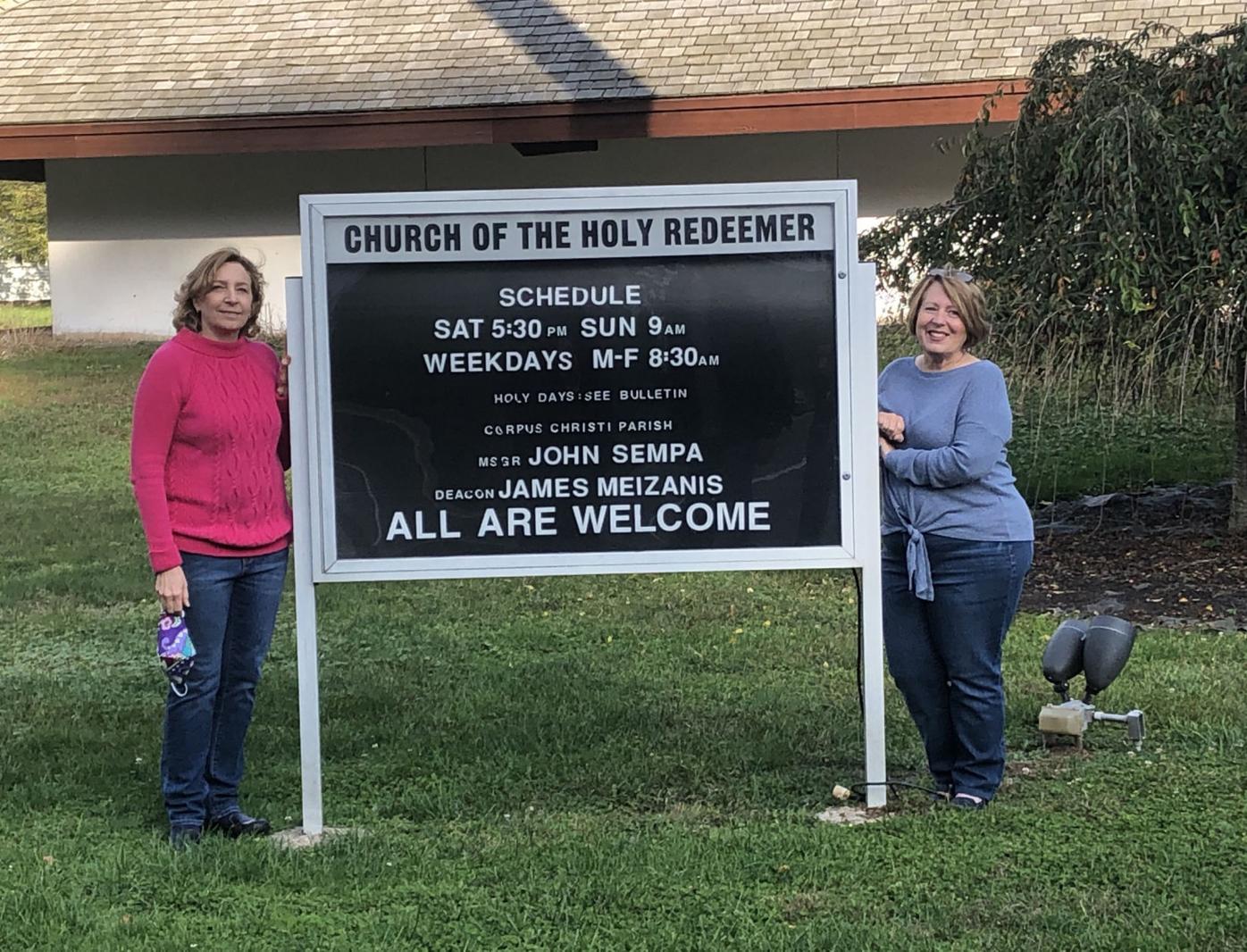 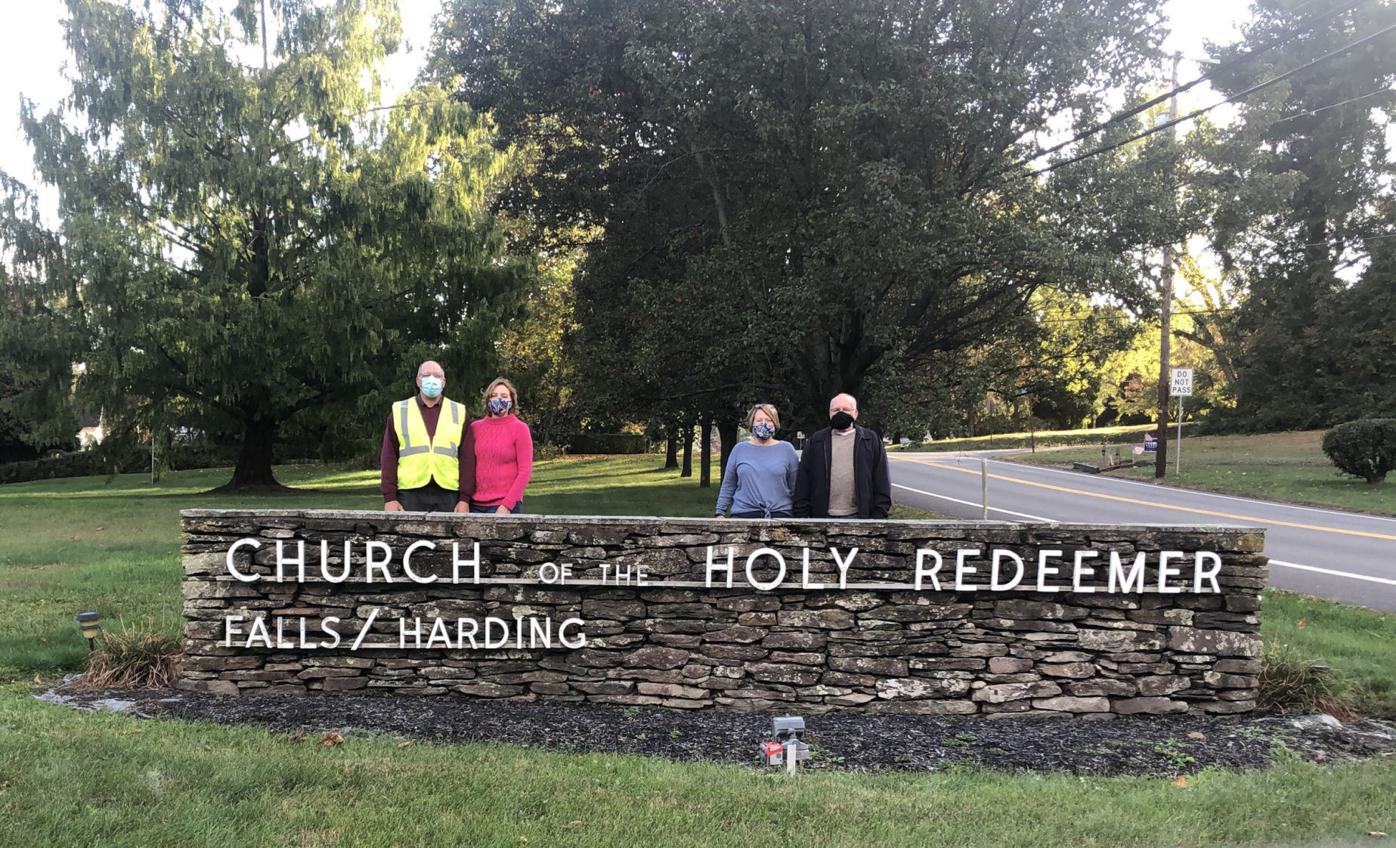 Last Saturday night, 28 cars pulled into a parking lot. The drivers stopped, parked in neat rows, turned on their radios and tuned them to FM 89.3. Were they listening to the audio feed of a flick at a drive-in movie or a the voices of a Catholic priest and lay readers delivering a Catholic Mass?

The later was the answer for parishioners of Corpus Christi Parish’s Church of the Holy Redeemer on Route 92 in Harding, Exeter Twp. Phil Gelso, a member of the parish council and pandemic committee, said transmitting the Mass by radio is the latest step in the parish’s pandemic response.

The parish churches, Immaculate Conception in West Pittston and Holy Redeemer, were closed March 31 when Gov. Tom Wolf issued a stay-at-home order, allowing only essential businesses to remain open. Following diocesan and state guidelines, the churches reopened to limited capacity during the “Green Phase.” But when the governor ordered gathering size restrictions after a virus spike, the parish pandemic committee set up the church for 25 percent capacity, which meant only 50 people were allowed inside Holy Redeemer, requiring the closing off of pews, marking 6-foot distances in pews, providing hand sanitation and mandating masks and ushering parishioners to specific seats.

Given the restrictions, council came up with a plan to make Masses available to more parishioners for the 5:30 p.m. Saturday and 9 a.m. Sunday Masses at Holy Redeemer — loud speakers.

In a rural area with a large parking lot and lawn, the Redeemer grounds were suitable for the speaker idea. The speakers, which were used for church’s annual car show this summer, were set up in the parking lot. That way parishioners who didn’t want to go into the church — or couldn’t when inside attendance reached capacity — were invited to listen to Masses from their vehicles.

That worked well, but was weather dependent as parishioners had to keep their vehicle windows down to hear the Mass from the outdoor speakers. To combat the cold or rain, as well as the virus, council member John Panzitta offered to find a professional to install a FM transmitter in each church. S&J Sound installed the transmitter, which broadcasts on FM 89.3 with a range of about 250 feet.

The first broadcast on Saturday, Oct. 3, worked well. The reception was crystal clear. The only complaint was parishioners tuning to 89.3 heard nothing before the Mass started. Panzitta arranged for the church organ music to be broadcast so parishioners in their cars would know they were on the right frequency.

The first broadcast even provided a bit of levity. Gelso said there was a yard party at a neighboring property with music on speakers.

“We laughed because we said we would have been competing with the party if we were still using our speakers,” Gelso said.

Communion is distributed to the parishioners inside the church as they leave the building. Then, the parishioner in their vehicles go to the front door to receive communion.

Gelso estimates the Redeemer grounds can hold up to 200 vehicles. The hope is the broadcast will make Masses available to more parishioners, especially families with kids.

A transmitter also was installed in Immaculate Conception Church in West Pittston, which is landlocked compared to the Redeemer property. There were a few problems with the reception there and that system is not yet ready to go. Gelso said he hopes the drive-in Masses will soon be available at Immaculate Conception too.

Gelso said the parish’s Masses are streamed on YouTube and have been seen by people all over the country. He said his favorite thing about the radio broadcasts is more people get to hear Monsignor John Sempa’s homilies. Sempa is pastor of both churches.

“Monsignor Sempa is known for homilies and his sense of humor. He can joke and turn serious. He shows his human and spiritual sides,” Gelso said.