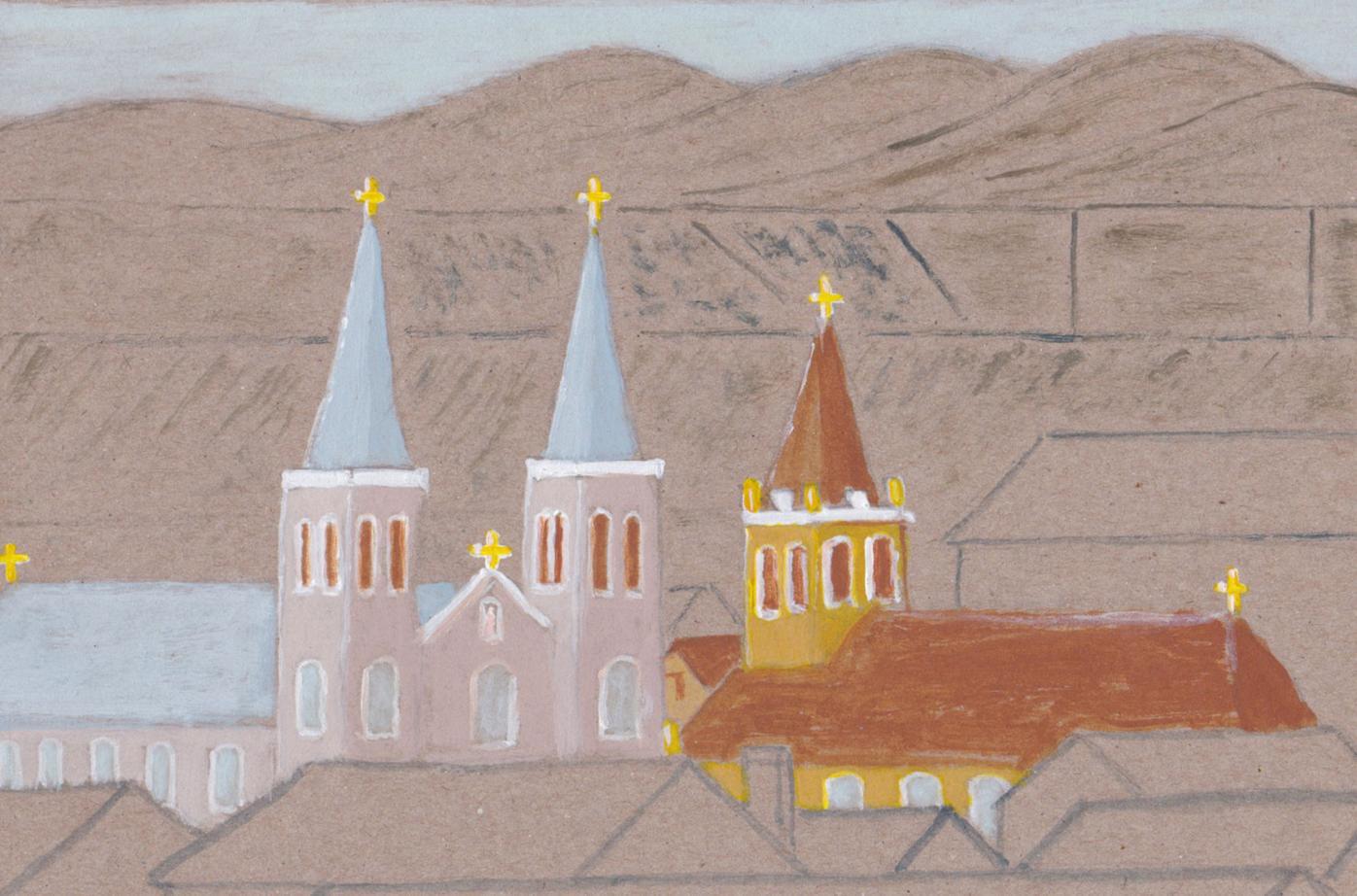 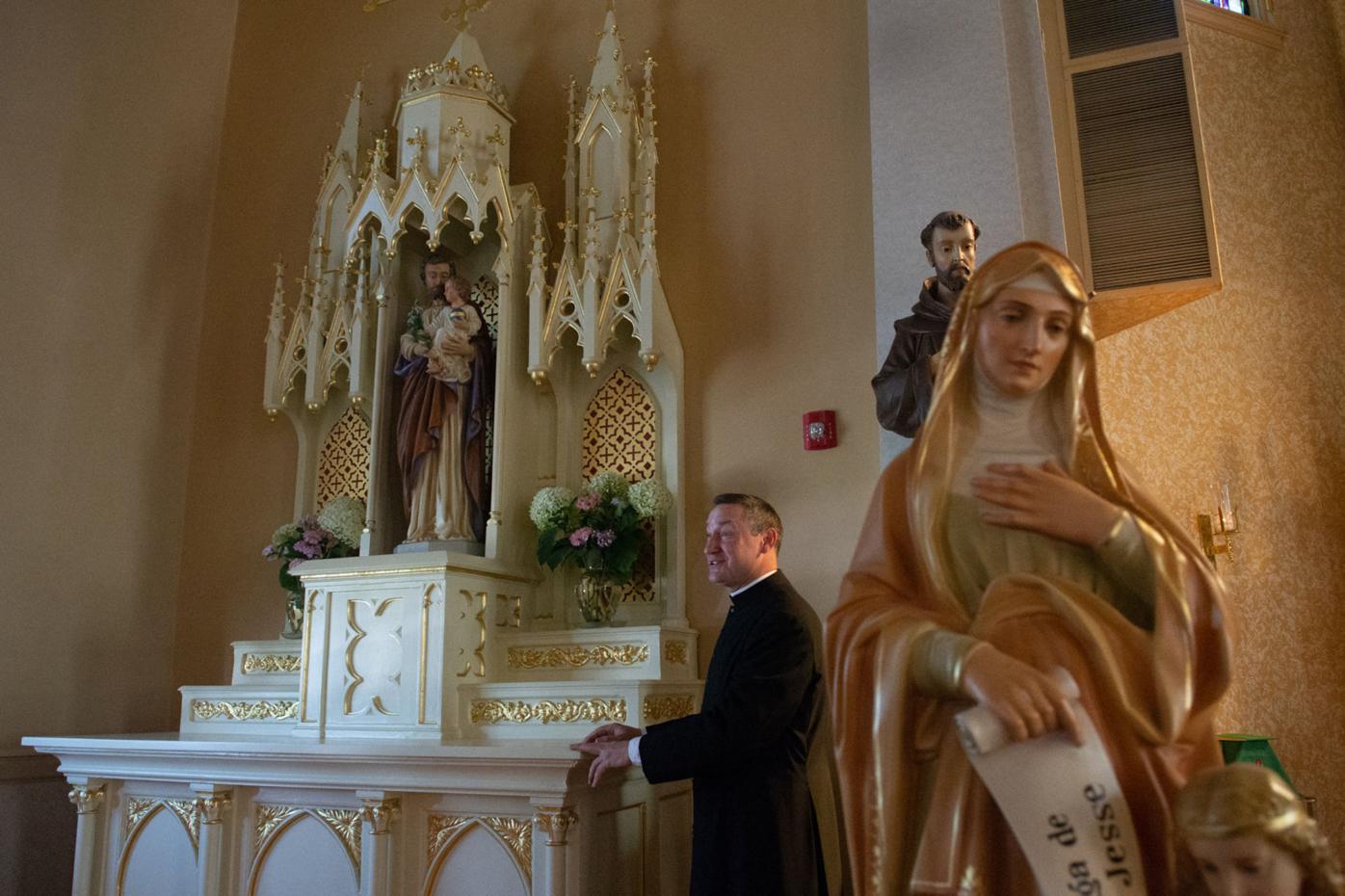 Jan Lokuta has been leading tours of anthracite area churches since 2006. Next weekend he will lead two.

On Saturday, July 25, on a tour designed for artists and photographers, he is going to visit the Freeland post office and five Freeland churches. He chose the post office as a starting point because a Depression era mural there depicts Freeland and two churches. From there, the tour goes to St. Luke’s Evangelical Lutheran Church, St. John’s Reformed United Church of Christ, St. Ann’s Roman Catholic Church and St. Michael’s Orthodox Church, ending at St. Mary’s Byzantine Rite Church, which is on the post office mural. St. Mary’s Hall has a folk art mural depicting a festival in the old country.

“So we start and end with a mural,” Lokuta said.

Sunday, July 26, Lokuta will be back in his hometown of Dupont, where the public is invited to tour Sacred Heart of Jesus Roman Catholic Church and Holy Mother of Sorrows Polish National Catholic Church. Lokuta will talk about Polish culture and the full-blown riot in January 1916, when a man was killed and scores more injured when a state police platoon on horseback tried to enforce a court order to install a new parish priest at Sacred Heart Church, battling 300 parishioners who championed a different priest and fought to deny the new priest entrance. The riot tore apart the parish. The disenfranchised members founded Holy Mother of Sorrows Polish National Catholic Church, unaffiliated with the Scranton Diocese.

Lokuta has long had a fascination for local churches and parish histories tied to the immigrant anthracite communities, especially Eastern European. In an interview at his home in Dupont, Lokuta explained how a chance meetings with two women — one in an airport in Jackson, Wyoming, and the other in a restaurant in Taos, New Mexico — inspired him to better appreciate Greater Pittston and Wyoming Valley culture.

“In 2002, I met woman at the airport in Jackson, Wyoming. She lived in Jackson, but was from here, the Valley, and she was going to Wilkes-Barre for a family wedding. In 2005, I was in Taos, New Mexico. I had just climbed the highest in mountain in New Mexico and I was having a hamburger at a ski resort. I met a woman from Taos. She told me her father was from Old Forge and talked about the pizza. I told her I lived three miles from there.

“Here we were talking about family, parents, grandparents, culture and recipes. They gave me an idea. There is something about this place, Wyoming Valley, something distinctive about it. Each town is a reflection of its own ancestry of people drawn here to work in mines. Let’s showcase what’s unique and can be expressed though simple things: culture, family, faith, history, nature, environment. I began questioning the wisdom of recreational travel. I decided in 2006 that the antidote to traveling elsewhere is to explore the depth and breath of the culture here. It needs to be appreciated by going to places that are meaningful to the people.”

Among those places meaningful to people are churches. Churches are highly visible in Greater Pittston, though less so than in the past. Lokuta loved the view of seven steeples which once punctuated the Pittston cityscape “like exclamation points,” as he put it. “They needed someone to pay attention to them.”

In his first tour of Pittston churches, he didn’t have to do any homework.

“I knew the histories. They were part of my culture, part of me.”

“The minister wanted to know why I was there. I told him one parishioner was married to one of my cousins. One of the elders was a cousin. The usher, Powell, knew my family for three generations. I had connections everywhere.”

While he says it is important to remember the past, “For the future we must put our best foot forward. This place has something worthwhile to offer. I haven’t traveled more than 30 miles from Dupont since March. I could live here and find infinite things to do.”

The 15th annual tour of historic churches led by Jan Lokuta will take place at 1 p.m. Sunday, July 26. First stop on the tour will be at Sacred Heart Church. The program will focus on the history of the parish and the church’s Gothic architecture. Organist Tony George will highlight Sacred Heart’s heritage with the singing of Polish hymns.

Next tour stop will be at Holy Mother of Sorrows Polish National Catholic Church at 2 p.m., where organist Jan Swikla will play traditional Polish melodies. The highlights are: the importance of the Polish culture and traditions in the life of Polish immigrants in the United States, Polish religious traditions, the role of church music and customs in perseverance of Polish heritage, as well the recent 100th anniversary and church renovation.