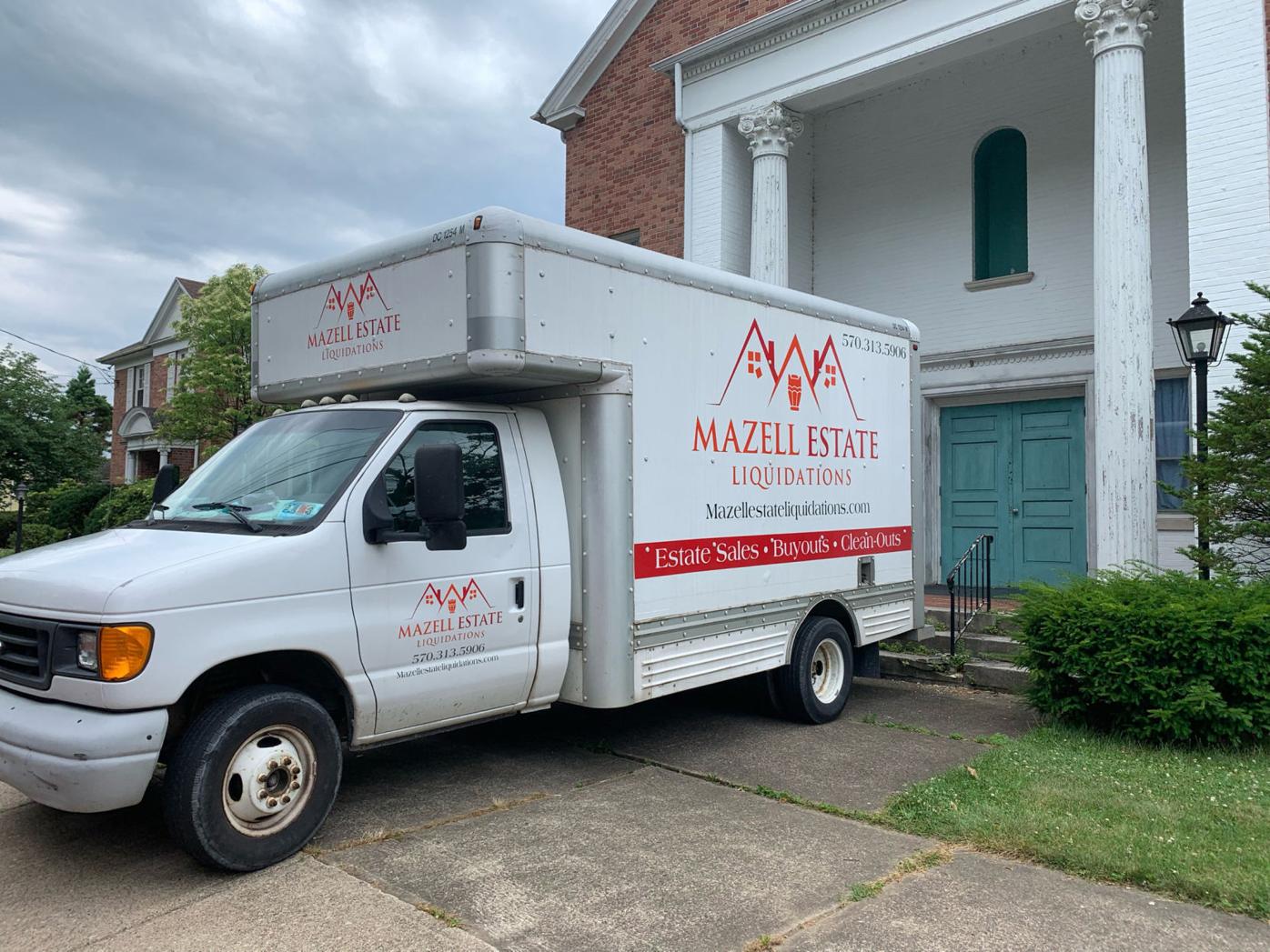 A Mazell Estate Liquidations truck backs up to the showroom in the former St. Joseph’s Church on Sixth Street, Wyoming. 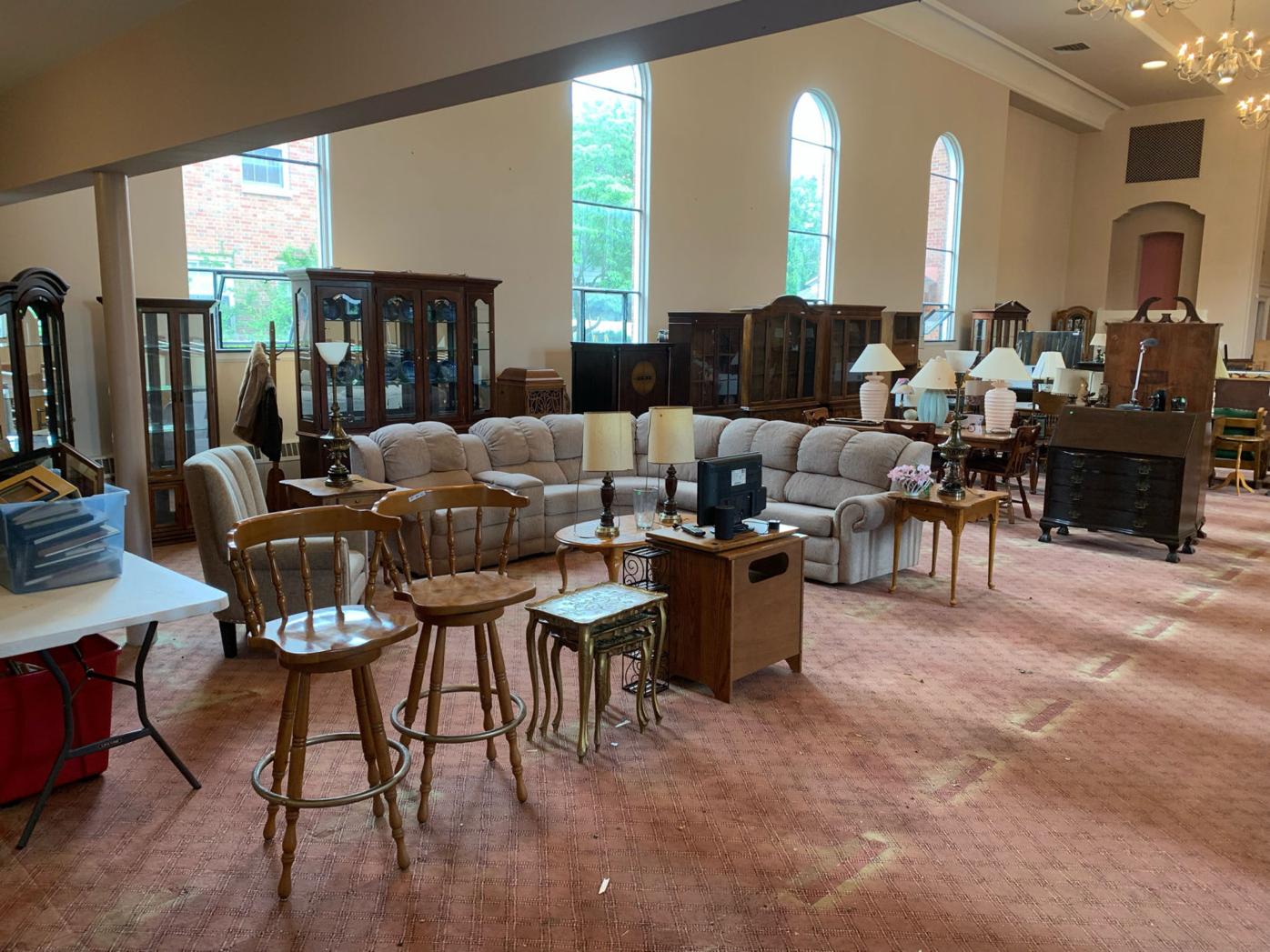 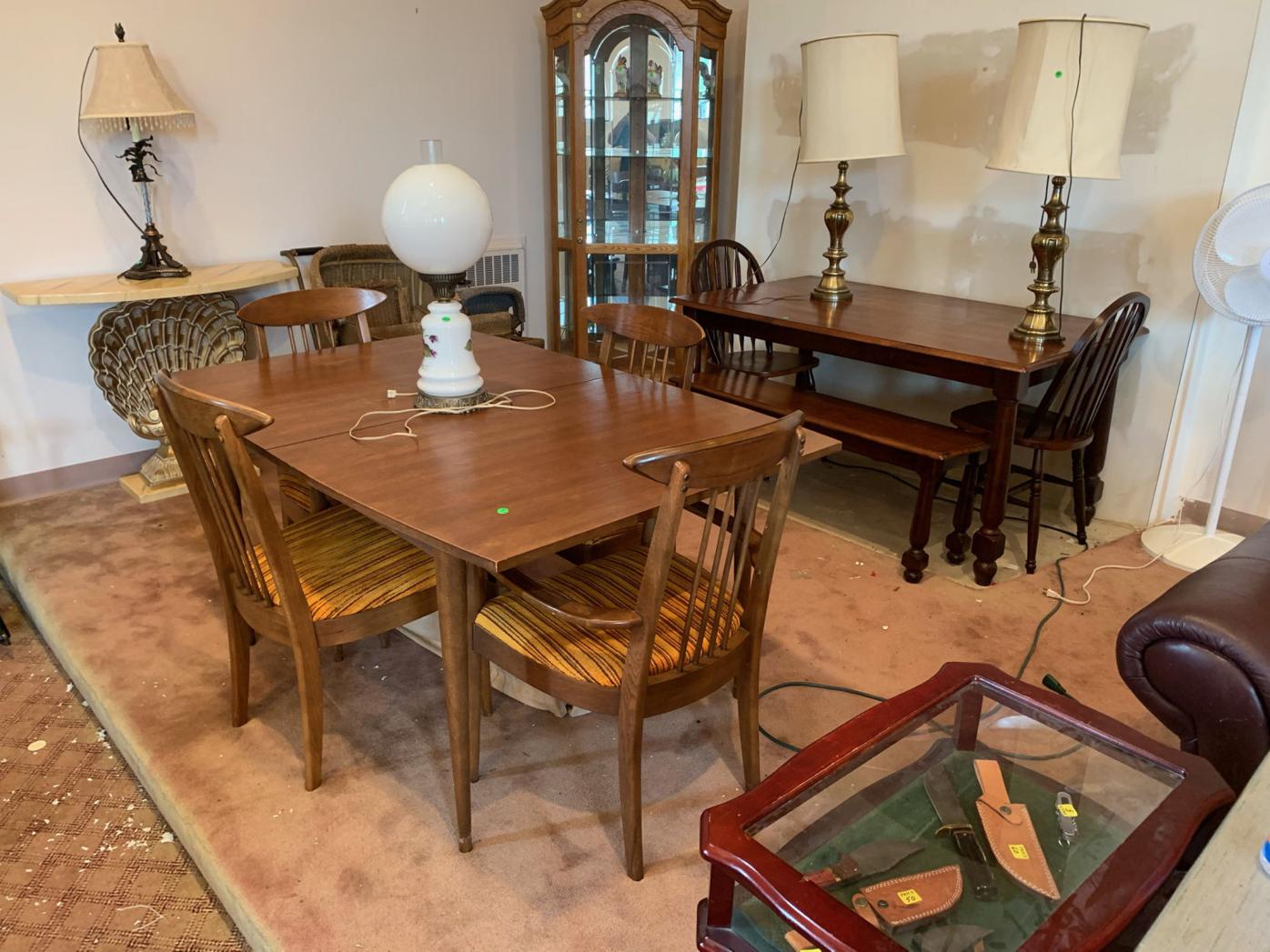 A Mazell Estate Liquidations truck backs up to the showroom in the former St. Joseph’s Church on Sixth Street, Wyoming.

High school buddies Jared Mazurkivich, Wyoming Area Class of 2010, and Ryan O’Donnell, Class of 2009, started a business they call Mazell Estate Liquidations, using the first and last three letters of their respective names. For a few years they ran estate sales from the homes of their clients. Last year they leased the old St. Joseph’s Church on Sixth Street in Wyoming.

Talking in the church one afternoon, Mazurkivich said, “We wanted to do right by our clients,” and pointed to a large highend oak china closet. “This is an example. In one weekend I couldn’t sell this unless I let it go for $100. They originally paid $3,700 and we didn’t feel that was right. Now we can bring things here and display them.” Along the same line he pointed out a desk described as “mid century modern.” It is tagged at $600.

Mazurkivich explained he broke into the estate business while working at an autism behavioral service business in Exeter.

“Out of high school I was working with young adults with autism, when the woman I worked for had the idea to start a little store teaching job skills. How to run a cash register, stock shelves, things like that. We were buying, selling and trading antiques, furniture and knickknacks on a smaller scale. More and more people were coming into the store saying ‘I don’t have one or two items to sell, I have whole estate.’”

The demand sparked an idea. He and O’Donnell started Mazell, doing on-site estate sales. After a couple years they started looking for a site to store, display and sell estate items.

“I had a passing acquaintance with the owner of the church. He mentioned he was looking for a tenant and gave us a reasonable deal for a lease,” Mazurkivich explained. “At first I was hesitant. Then I looked at it this way: the building was nine years empty. The sidewalk and stairs are cracked, paint is chipping. It was going in the direction of a blighted building. We hope to turn it into something to benefit the community, instead of it becoming an eyesore.”

Most of the problems with the building are cosmetic rather than structural, and Mazell plans to improve the building over time as money and time are available. “Heating bills in winter are pretty rough,” Mazurkivich said. “You have to heat a large space with tall ceilings. It’s something we factored in.”

Once they signed the lease they advertised on Facebook, in newspapers, and at mazellestateliquidations.com, where they have 2,000 email subscribers. So far they have had five estate sales in the church. Large items, like furniture, are displayed in the outer and front and rear aisles. Smaller items are lined up on the pews.

There’s a saying in the industry: “Brown is down,” meaning oak furniture, for example, doesn’t have the resale potential it once did. A lot of young couples starting out would rather go to Ikea. But there are still young people who are into vintage furniture.

“A good example: a young couple out of college and with decent jobs saw an ad for a dining room set. We ended up furnishing their whole apartment for under $1,000,” he said.

Sometimes families who are breaking up estates might call 1-800-Got Junk? and pay to have the house cleaned out and ready for sale, whereas Mazell will conduct a sale and then clean it out.

“That way they can walk away with a check rather than a bill,” he said.

Right now that’s what Mazell is doing — estate sales and junk removal. They hope to expand by opening a second location and renting dumpsters, though they are not ready for that just yet.

As things are, Mazell has what Mazurkivich describes as “A wide spectrum of items.” Pointing to the front of the church he said, “We have a kitchen set up there for $40 and we have one for $650. High, low or in the middle we try to accommodate.”